“This too shall pass”: a story to reflect on Impermanence 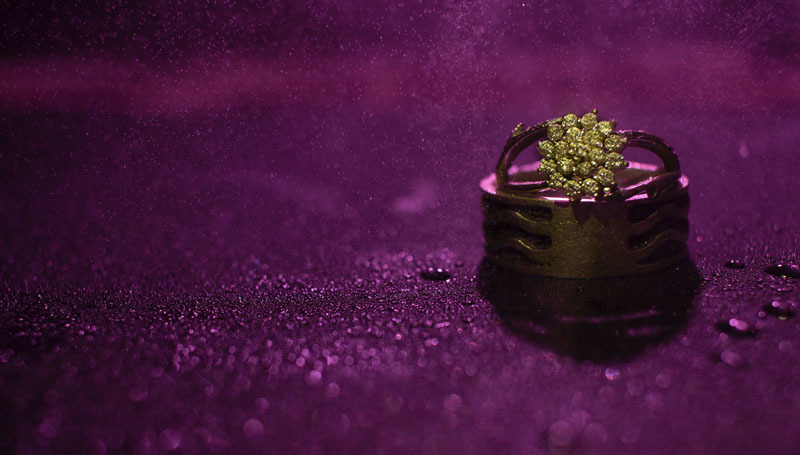 If you take a moment to think about it, I’m sure that some of your happiest memories have to do with listening to a tale. Characters in danger, situations that need to be resolved...

Stories have that magical quality of teaching us abstract and difficult-to-understand concepts without us realising it: values, social norms, beliefs. All of this escapes the critical scrutiny of our rational mind, because the symbols, metaphors or archetypes that stories transmit speak directly to the deepest part of us.

Throughout the centuries, most spiritual traditions have used stories as the preferred method to guide us towards a deeper and more meaningful life. When we read or listen to a story, paying conscious attention, we open ourselves to the possibility that a profound transformation takes place inside us.

On this occasion, I would like to share with you a story from oriental Sufi literature. It’s called “This too shall pass” and it tells us a beautiful tale about Impermanence.

We owe its adaptation and subsequent diffusion in Western cultures to Idries Shah. This author and professor of Sufi tradition wrote more than 30 books related to philosophy, psychology and spirituality.

Shah also devoted a large part of his life to collecting and sharing Sufi tales. In his work, he invites us to receive these stories as if they were a peach: if we wish, we can eat it, enjoy its flavour and then throw away the stone. That is, consider the story as merely entertaining and superficial. Or, on the contrary, we can open it and extract the seed inside.

In the first case, we would see only a peach. But in the second, we would let ourselves be moved by the story, thus internalising the message it brings us.

Let yourself be engaged by the magic of this story and let its seed be sown in you.

This too shall pass

Once upon a time there was a king who told the wise men of the court:

“I’m making a beautiful ring. I have acquired one of the best possible diamonds. I want to keep hidden inside the ring some message that can help me in moments of total despair, and that helps my heirs, and the heirs of my heirs, forever. It has to be a small message, so that it fits under the diamond on the ring.”

All who listened were wise, great scholars; they could have written great treatises, but providing the king with a message of no more than two or three words that could help him in moments of total despair...

They thought, searched through their books, but couldn’t find anything.

The king had an elderly servant who had also been a servant of his father. The king’s mother died young and this servant took care of him, so he treated him as if he belonged to the family.

The king felt an immense respect for the old man, so he also consulted him. And the servant said:

“I am not a wise man, nor a scholar, nor an academic, but I know the message. During my long life in the palace, I met all kinds of people, and once I met a mystic. He was your father’s guest and I was at his service.

“When he left, as a gesture of gratitude, he gave me this message.” The old man wrote it on a tiny piece of paper, folded it and gave it to the king. “But do not read it,” he said. “Keep it hidden in the ring. Open it only when everything else has failed, when you can’t find a way out of the situation.”

That moment didn’t take long to arrive. The country was invaded and the king lost the kingdom. He was fleeing on his horse to save his life and his enemies were chasing him. He was alone and his pursuers were numerous. He arrived at a place where the road ended, where there was no exit: in front there was a precipice and a deep valley; to fall would be the end for him. And he couldn’t go back because the enemy was blocking his way. He could hear the horses approaching. He couldn’t move forwards and there was no other way out...

Suddenly, he remembered the ring. He opened it, took out the paper and there he found a tremendously valuable little message. It simply said:

"This too shall pass"

As he read “This too shall pass”, he felt a great silence descend. The enemies that were pursuing him must have got lost in the forest, or they must have gone the wrong way. All the king knew was that little by little he stopped hearing the sound of the horses’ hooves.

The king felt profoundly grateful to the servant and the unknown mystic. Those words had proved miraculous. He folded the paper, put it back in the ring, gathered his armies and reconquered the kingdom.

And the day he entered the capital again, in victory, there was a great celebration with music and dancing... and he was very proud of himself. The old man was by his side in the coach, and he said:

“This moment is also appropriate: look at the message again.”

“What do you mean?” the king asked. “Now I’m victorious, the people celebrate my return. I’m not desperate, I’m not in a no-way-out situation.”

The king opened the ring and read the message:

"This too shall pass"

And again he felt the same peace, the same silence, in the midst of the crowd that celebrated and danced. However, the pride, the ego, had disappeared. The king could finally understand the full meaning of the message. He had become enlightened.

Then the old man said to him:

“Remember that everything passes. No thing or emotion is permanent. Like day and night, there are moments of joy and moments of sadness. Accept them as part of the duality of nature, because they are the very nature of things.”

Please log in again. The login page will open in a new tab. After logging in you can close it and return to this page.